It is a common motif of TV programs to see a character starting from the lowest position in an organization. But with their passion and diligence, they managed to promote themselves on the career ladder and accomplish their desirable success. We thought that only happens in films or in stories; however, these successful people do exist everywhere around us. With assertiveness, courage and optimism, some talented Vietnamese executive chefs have brought the image of Vietnamese cuisine to the whole world. In this article, Hufr has gathered information about some of the top chefs who are not only famous here in Vietnam but also internationally. Let’s find out with us! 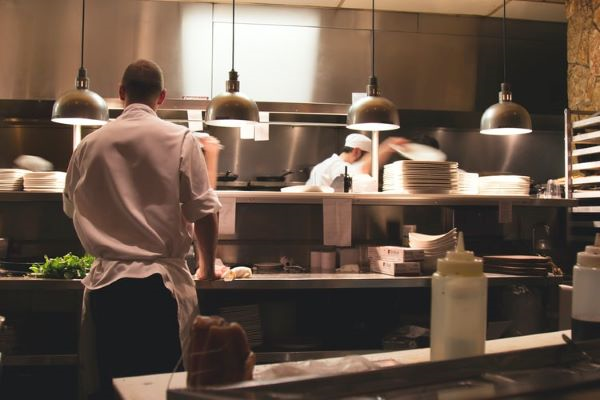 Merely 28 years old, Hoang Tung transformed from a person who did not even know how to use a knife to an executive chef who owns the first “tasting menu” restaurant in Vietnam. T.U.N.G Dining recently has been ranked in the top 100 restaurants in Asia by The World's 50 Best.

Before commencing his culinary journey, Hoang Tung used to study a Bachelor's Degree in Business in Finland. To pay some of his daily expenses, he chose cooking as his means. After knocking on the doors of dozens of restaurants in town, he finally got accepted in a kitchen to cut onions. During this time, he realized he had some potential and could outperform a lot of his colleagues. Eventually, after graduation, he decided to follow a cooking career rather than business.

Tung even worked for a Michelin star restaurant in Finland and learned so much from the highly-regarded chefs there, but overwhelmed by loneliness and stress, he returned to Hanoi to make his dream restaurant come true. When Tung first got back, it took a long time for him to familiarize with the environment in Vietnam. He got into heated debates with his partners due to the differences in standards of Vietnam and Europe. During the process of opening the restaurant, Tung had to constantly taste different foods to find the appropriate cooking techniques that suit Asia. Sadly, no one believed that he could achieve his goal, so he had no choice but to make more effort on his own.

When he first opened T.U.N.G Dining, his unique concept of “tasting menu” was still novel in Vietnam. Most restaurants at the time either did à la carte or set menus because the tasting menu was extremely complicated and chefs would not dare to do it. However, Tung’s motto has always been “Go big or go home. Life is short and it will be so tedious if we just stick to what is familiar and refuse to change.” He was determined to follow his dream amidst the market uncertainty and he strongly believed in high-end culinary experience that his restaurant could offer customers. And for Tung, once you are focused and innovative, sooner or later your hard work will be rewarded.

Chef Loc - A journey from a kitchen assistant to a talented head chef:

“In any career, success does not come from talent and knowledge, but from passion, dedication and constant effort to follow that passion.” Stemming from his fascination with cooking, over the years Chef Loc has always been determined to pursue this career. Like most of us, he comes from a small town in Vietnam, aspiring to be a head chef. He started from a kitchen assistant who did the most menial tasks, then moved on to be a cook, a sous chef, and finally a head chef. It was a long journey of overcoming challenges, bettering himself and striving for mastery.

In 2006, he worked in a large restaurant on Dien Bien Phu street and has been through all the difficulties of this competitive industry. However, it was also this moment that he accumulated his experience, updated his knowledge and got accustomed to the world renowned chefs’ cooking style. Over 14 years of his career, Chef Loc gathered insights into kitchen set-up and menu design. Besides, he provided catering services for big events and experienced kitchen staff for other establishments. He managed to build and guide the development of so many successful brand names in the country.

For Chef Loc, cooking requires the delicacy of both your hands and your eyes. Even if a dish has high quality, it might fail to appeal to customers without exceptional plating skills. Passion, devotion and effort to succeed are the words by which people portray Chef Loc. They are also the ways prospective chefs can land a highly-esteemed role such as an executive chef.

Any of us would have heard of the name “Christine Ha” - a Vietnamese American born and raised in California. In 2007 she completely lost her vision but that did not stop her from pursuing cooking. She was the first blind chef to participate in Master Chef 2012 and became the winner of that year. After that success, she also got appointed to be one of the judges on the season 3 of the show in 2015.

Duong Huy Khai - a chef who comes from Nha Trang, graduated as the valedictorian of Le Cordon Bleu Paris (i.e., a first-rate cooking school in France) and started from scratch. He has worked for multiple high-end hotels and restaurants in Hawaii and Florida. Currently, he is the owner of Ana Mandara restaurant where Hollywood stars and billionaires frequent. He dreams of contributing to the country and training chefs in vocational institutions. For Khai, culinary art does not have a boundary, it is the path to bring strangers together and connect them. Even though he is a world famous head chef, he always shows patriotism and wishes to promote Vietnamese cuisine globally.

There are of course many other talented executive chefs, namely Michael Bao Huynh, Luke Nguyen, Tran Van Hai, Nguyen Thi Dieu Thao, Pham Tuan Hai and Phan Ton Tinh Hai. All these success stories tell us that nothing is impossible as long as you are passionate about cooking and are willing to learn and develop yourself.

Are you working in hospitality ? We are hiring for all positions
Register now

Are you looking for a new position?